It can be trying and difficult providing technical support to friends or family members remotely in this COVID-19 reality. A good desktop remote control solution can really make the difference between helping to resolve a problem or everyone walking away extremely frustrated.

I recently had to assist my 75 year old father with an issue he was having and it was a struggle to get through the “Buy Now” banner ad that was popping up from Teamviewer. I probably use Teamviewer 1-2 times a month for 20-30 minutes so I can’t justify dropping $49/monthly on that solution. So I did what any techie would do and I took to Google in search of a new solution.

I stumbled across a solution called AweSun by AweRay. I’ve never heard about AweRay so I dug a little deeper and found the domain name was registered in May 2019 and their first news release was in April 2020. So they are a fairly new player in the space from what I could learn. I also noticed that their infrastructure is housed in Google Cloud Platform.

I’ve spent a few days with the solution and it worked really well. I was able to quickly and easily connect to my parents computer using their Device ID and Passcode very similar to how Teamviewer works. The product also supports copying clipboard data between the local computer and the computer you are remote controlling, so you can cut and paste between computers with ease. When I rebooted my parents computer AweSun properly started itself back up and allowed me to remotely connect after the reboot without any issues or problems.

The pricing is definitely much better than many of the competing solutions on the market. Obviously you can’t beat free, but even at $9/month – it’s definitely feasible to throw the company some business for a month or two in order to support the product without breaking your wallet.

I’m curious if anyone else has tested AweSun?

I’ve recently been standing up a number of virtual Aruba ClearPass appliances to provide 802.1X RADIUS authentication for both wired and wireless clients. If you are using Windows Active Directory as an authentication source, here’s a quick trick to allow your users to authenticate using either the userPrincipalName (email address) or their samAccountName (username). In my current environment, we’re a multi-brand organization with multiple @brand.com email domains where users are more likely to know their email address than their AD username. In it’s default configuration Aruba ClearPass will only authenticate against the username (samAccountName).

Log into Aruba ClearPass and go to the Policy Manager and select Configuration -> Authentication -> Sources and select your Windows Active Directory source – see the example below;

You need to update the filters on the source such as follows.

And then don’t forget to Save the changes and now you should be good to go! 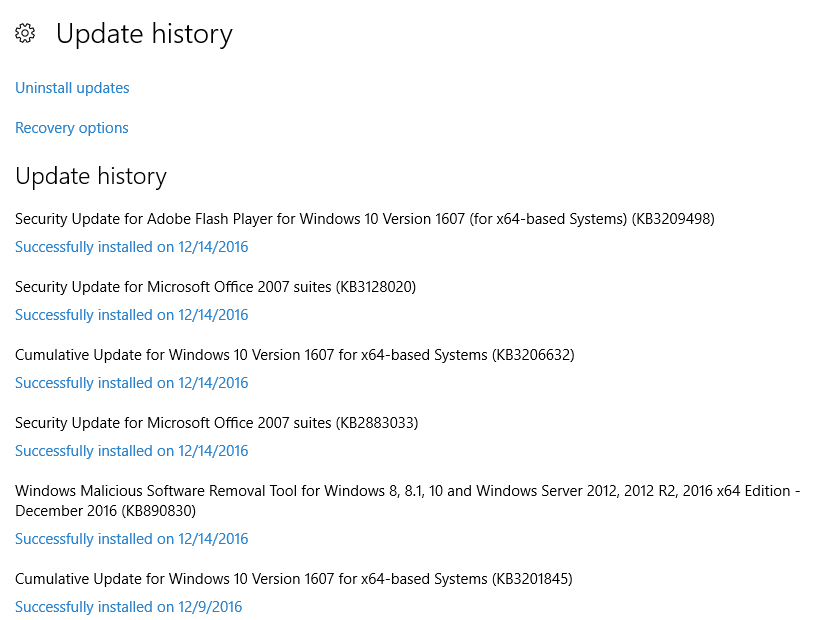 I do a lot of cut and pasting back and forth between various windows as I work throughout the day. It becomes really tedious  when I need to cut & paste multiple items between two windows but can’t just highlight everything I need in a single action. That’s where I found Ditto to be a super useful tool. I can copy multiple different objects, it’s usually just text I’m working with, and then paste all three of those to a new window by using a few keyboard shortcuts. There no need for me to jump back and forth between the windows multiple times as I select and copy, move the mouse to the new window and then paste. Instead I can just copy, copy, copy and then move to the new window and paste, paste, paste.

Ditto is an extension to the standard windows clipboard. It saves each item placed on the clipboard allowing you access to any of those items at a later time. Ditto allows you to save any type of information that can be put on the clipboard, text, images, html, custom formats, …..

Note: This is a series of posts made under the Network Engineer in Retail 30 Days of Peak, this is post number 16 of 30. All the posts can be viewed from the 30in30 tag.