While recently troubleshooting a potential network connectivity issue I noticed some odd behavior from a Windows 10 desktop while doing a trace route to www.google.com. I quickly discovered the problem was only evident from my home Verizon FiOS Internet connection.

I highly doubt there’s a Google caching server 2 hops away from my desktop… so I ran a few trace routes to endpoints that I know are in Ireland and Singapore and they to responded in under 1-5ms. That response wasn’t physically possible given the distance that ICMP packet would need to traverse. I ran a quick test by setting up a Linux CentOS Linux VM on Digital Ocean in their Singapore Data Center and ran a quick traceroute while performing a packet trace on the CentOS Linux VM – no ICMP traffic was observed from my Windows 10 desktop. So there was something else responding on behalf of the destination IP.

I ran a quick scan with Norton Internet Security – not entirely sure how well that product protects Windows machines today as Norton seems to be more of an advertising platform for LifeLock but that’s a discussion for another day and time. In the end Norton didn’t reveal any surprises and I couldn’t find anything on my end after replicating the same behavior on multiple other machines, both Windows and Linux (CentOS/Ubuntu) on my home network. I did noticed that UDP and TCP traffic seem unaffected, just ICMP traffic. So I did what any good engineer would do, I took to Google Search and found that I wasn’t alone in my discovery;

There was also a post and reply over on the r/networking reddit sub from reddigel suggesting that the issue was a DNAT rule that was forwarding ICMP traffic with a TTL > 1 to the ONT .

The DNAT theory seems the most plausible explanation because something is replying to the ICMP packets with a TTL > 2 and it’s fairly close to the source.

Anyone have any other theories?

Like many folks before me I decided to cut the cord on the traditional cable box and turned to YouTube TV and Roku to satisfy my family’s limited TV appetite canceling my Verizon FiOS TV service and upgrading my Verizon FiOS Internet speed from 30Mbps to 1Gbps (alright 940Mbps or whatever it is). This past week Verizon replaced the ONT and router and I’ve officially moved into the Internet fast lane…

I had noticed some occasional buffering using my old 30/20 Verizon FiOS Internet connection – having three teenage daughters in the household doesn’t really help. Thankfully since the upgrade we’ve been issue free and buffering free. Now I might need to spend some time optimizing the two Aruba IAP 205s that I have providing wireless connectivity throughout the household as more and more devices are connecting via wireless. 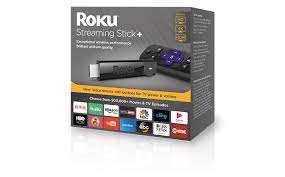 Like many folks before me I’m looking to cut the cord on the traditional cable TV. I picked up a Roku Streaming Stick+ and enrolled in the 7-day trial for YouTube TV since it’s available in the Philadelphia market. I’ll hopefully be able to drop Verizion FiOS TV and keep the Verizon FiOS Internet and significantly reduce my $200/monthly Internet and Cable TV bill.

YouTube TV has Nat Geo and Nat Geo Wild which are a requirement from the family.

The next big question… should I go with Verizon Gigabit Internet?

Anyone with any recommendations?