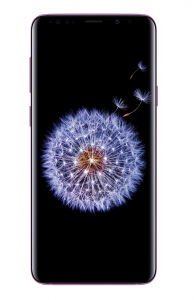 
Over the holidays I decided it was time to upgrade the home theater equipment in my basement. At the center of my old setup was a Hitachi 51SWX20B 51″ rear projection TV that I purchased back in 2003. Unfortunately it only has 2 DVI ports and one of them failed about 5 years ago. I purchased the Samsung 65″ LED Smart 4K Ultra HD TV (UN65KS8000FXZA) from Best Buy along with a Whalen Furniture 3-in-1 Console furniture set. I didn’t want to go through the headache of hanging the TV on the wall and still needed somewhere to put all the audio/video equipment including the Onkyo TX-SR600 A/V Receiver, Verizon FiOS HDTV tuner and new Samsung BD-J6300 Blu-Ray player that I picked up from Amazon. I chose the BD-J6300 because it had a digital TOSLINK output and supported Dolby 5.1 surround sound. The Whalen furniture took about 90 minutes to assemble all total, the instructions were good the piece looks pretty good. 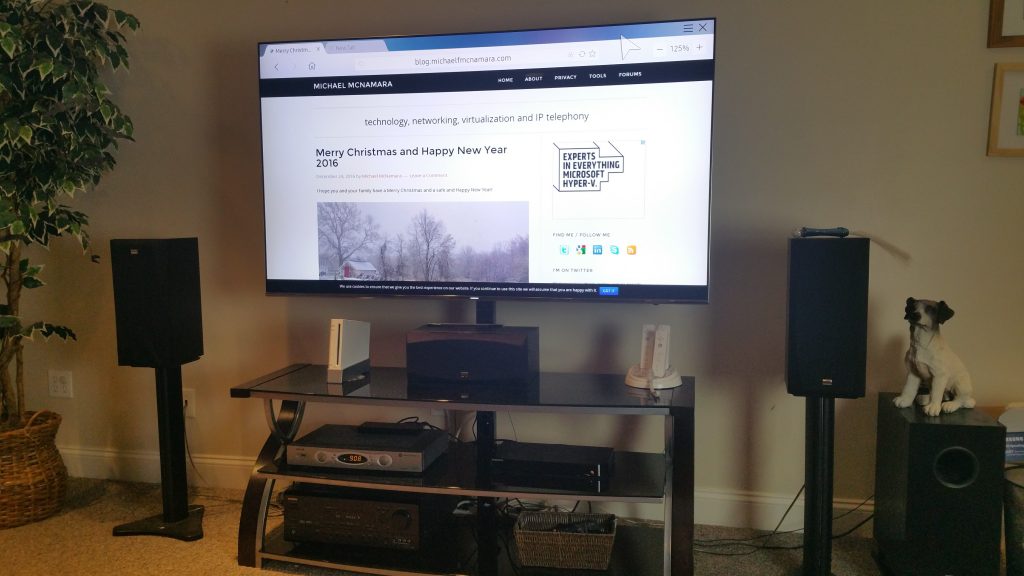 Overall I’m happy with the TV, and really happy with the Whalen furniture. The Smart TV functionality includes Amazon Video, Netflix, YouTube, Hulu and HBO Now along with a built in web browser.

Perhaps I’ll get a chance to replace the Onkyo TX-SR600 over the next few years.

In December 2015 I posted that I had left Verizon Wireless for T-Mobile. It’s now December 2016 and almost a year later. In short I’m still pretty happy with the switch. The big concern in switching to T-Mobile was cellular coverage, thankfully I don’t travel too much but in the first two months of 2016 I definitely got around, more than I usually would in six months or a year. In that short time I’ve traveled to New York, Philadelphia, Chicago, Newark Delaware, Reno Nevada, San Jose, Santa Clara and Dallas Fort Worth. While some of those cities were just stopovers for connecting flights I didn’t have any problems with coverage in any of those locations. I did end up needing to enable data roaming while I was in Santa Clara for Networking Field Day 11. The family is generally happy with their devices. Interestingly enough the oldest has become somewhat of a critic of Apple now that she has an iPhone 6, apparently she’s found a few software bugs and related issues and occasionally misses her Motorola Moto G. I was originally excited about T-Mobile’s Binge On program only later to learn the disappointing facts behind the program. I’m really happy for two reasons;

Interestingly a lot has changed in the past year – Verizon and AT&T have gotten much more competitive with their plans and fees, not so much that I would entertain switching back… but if you really like Verizon or AT&T you can likely make the numbers work much easier than you could have a year ago.

I also recently returned my Samsung Galaxy Note 4 to Samsung for repair under the manufacturer’s warranty and was really pleased with the whole process. Samsung repaired the phone and returned it to me within 6 calendar days. That was an awesome customer experience!

If you’re looking to shave a few $$$ off your monthly mobile bill then you might want to give T-Mobile a call.

Now what to-do with my exploding cable bill? Is it time to cut the cord? That’s my next hurdle with Verizon FiOS and Comcast.

Last week my Samsung Galaxy Note 4 started mysteriously rebooting itself throughout the day and evening. Eventually it booted up to what appeared to be the Android bootloader with the message, “Could not do normal boot ddi : mmc_read failed”. I reached out to T-Mobile and Samsung support and was advised to perform a factory reset. Unfortunately the factory reset didn’t help the problem much, the phone would still reboot a couple of times a day without warning. I suspected the eMMC flash on the phones motherboard was starting to fail. Apparently it’s a known issue with the Samsung Galaxy Note 4. Thankfully the phone was just under a year old so I arranged with Samsung support to return the smartphone for warranty/repair service. With the shipping and warranty service it would probably take between 7-10 business days after I shipped the smartphone before it would return. So what was I going to use in the interim. At a minimum I needed voice, texting, and email service from the device. I was just looking for something to hold me over until my Samsung Galaxy Note 4 was returned. I quickly found the BLU Advance 5.0 which was retailing for $59.99 on Amazon. I removed the SIM from my Galaxy Note 4, installed it into the BLU Advance 5.0 and I was up and running without issue. Almost one week later I must say that I’m genuinely impressed with the relatively inexpensive Android smartphone. The smartphone only has 4GB of space so you’ll need to be selective regarding the apps that you install. I’m primarily using the handset for voice, texting, email (Microsoft Outlook) and occasionally Audible and Google Maps for those long commutes. This is a great alternate Android smartphone if you are traveling or even for a teenager. It’s much easier on the pocket to lose a $60 smartphone than a $500 smartphone.