I’m still alive and kicking… albeit only with one leg right now. A few weeks back I broke my ankle playing ice hockey. I’ve been playing hockey for just over 25 years but accidents happen. I was reminded by an elderly women on my initial trip to the hospital who told me, “you don’t really appreciate what you have until you don’t have it.” Isn’t that the truth…  I had surgery about two weeks back and I’m on the road to recovery but it’s going to take some time, probably 2-3 months before I can walk and outwards of 6 months before I can start skating again. And since it was my right foot I can’t drive, hence I’m essentially marooned – having to press my wife and eldest daughter into being my personal chauffeur. 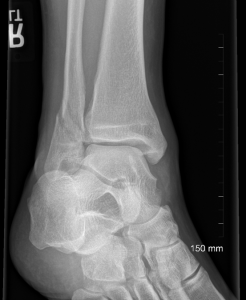 That all said life isn’t too hard and there are people much worse off than me.

The projects at work are starting still moving forward… we’re replacing a pair of aging Cisco Catalyst 6509s along with a pair of Cisco Nexus 5010 and 2148s (remember those).  And we’ll be rolling out another 10Gbps Internet link to keep up with the insatiable appetite for Internet bandwidth and cloud solutions.  With that additional Internet bandwidth we’ll also need to upgrade our firewalls to support 10Gbps interfaces so there’s no shortage of work to be done.