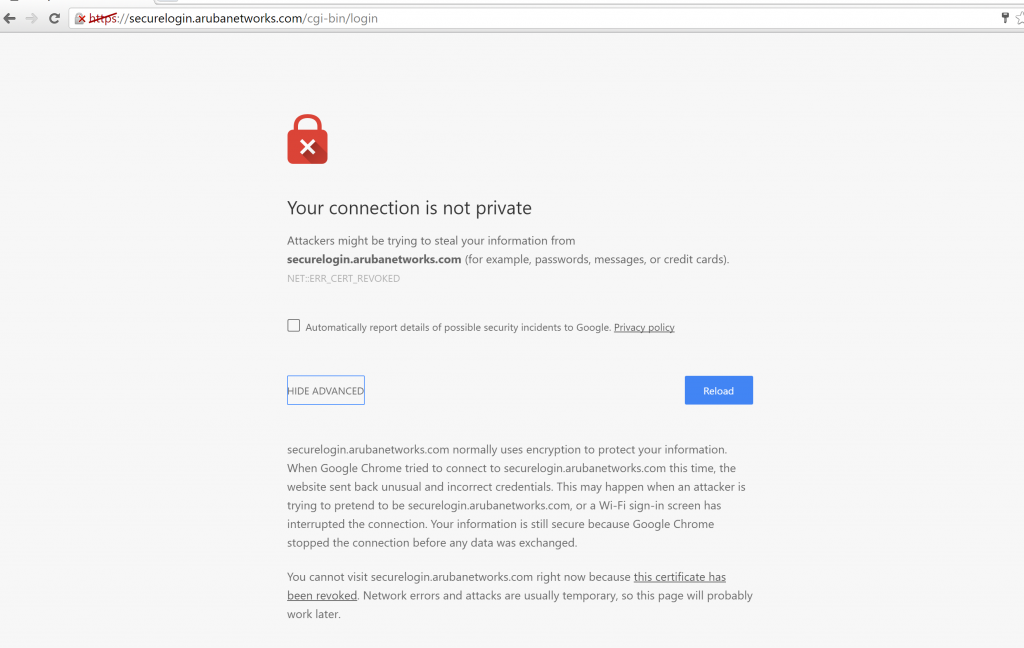 We use both Motorola and Aruba equipment in our locations. We recently deployed a few newer Motorola RFS 4000s in Spain and the United Kingdom which were running WiNG 5.5. We almost immediately noticed an issue with our externally hosted captive portal where the client would get an error after getting redirected, “Query Variable Qv not found”. That error was being generated by a piece of Javascript code that was running on the externally hosted captive portal pages that parses the Qv value so it can be returned to the RFS4000 to properly identify the user/device that is authenticating via the captive portal.

Here’s an example of WiNG 5.4 forwarding a client to an external captive portal;

Here’s an example of WiNG 5.5 forwarding a client to an external captive portal;

The Javascript on the captive portal was parsing the URL by splitting it using the “?” value.  I could have just changed the value to a “&” but that would have broken the WS2000s and older RFS 4000s that were using the same webpage and Javascript. As a work around I created an additional path, aup.acme.com/wing55, copied all the files and images into that directory and then editted the Javascript in that folder only. I then reconfigured all the RFS 4000s running WiNG 5.5 to use the new path, example; “http://aup.acme.org/wing55/” and left the remaining devices using “http://aup.acme.org/”.