There were a lot of great home based technology innovations in 2019 but this simple, cheap device had a big impact for me personally and really stole the show as I look back at 2019 in retrospect. The b-hyve Hose Faucet Timer was a simple piece of technology that out performed my expectations and solved a simple problem.

This past summer I had to take down six mature 20 year old Ash trees on my property because they were in the final stages of succumbing to the Emerald Ash Borer. That left me with a lot of landscaping work and the need to plant some new trees and grass. Unfortunately I don’t usually get home until late in the evenings and I immediately knew I’d have issues watering the new landscape with all the high temperatures we were experiencing in Pennsylvania during August. I stumbled upon a very cheap solution from b-hyve. A WiFi/bluetooth hose faucet water timer that could be remotely programmed and controlled.

The Android app, and likely the iOS app, could definitely use some work. Selecting between my two hose facets in the app wasn’t immediately clear, but a quick Google search revealed that I wasn’t the only person with that question. The solution worked well and was incredibly reliable for $39. The hose facet timer itself is only Bluetooth capable but b-hyve packages a WiFi “hub” that allows the hose facet to communicate with the cloud via WiFi.

There were no additional charges or fees for setting up a cloud account to control the devices.

If you are in the market for some WiFi hose facet timers these devices are pretty cheap and work reasonably well. There definitely are some quirks but for the price they are definitely worth the investment. 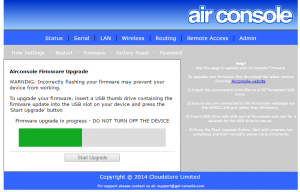 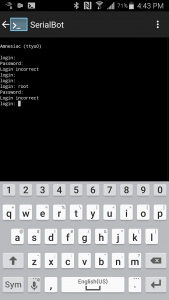 A new law went into affect in Pennsylvania today that bans texting or e-mailing while driving making it a primary offense. That sounds pretty good right? No one should be texting or writing an e-mail while driving, it’s common sense to me but there are those among us that needs laws for every little thing in their life.

There was already a law passed in Philadelphia back in 2009 that banned using a cell phone while driving unless it was hands-free (within the city of Philadelphia). The new state law supersedes and preempts any local ordinances including the 2009 Philadelphia law.

I support the current ban on texting and e-mailing as do a great many drivers. I’m left scratching my head though wondering what happened to the hands-free provision? I personally don’t spend too much time in the car but occasionally I do need to jump on a conference call and always utilize my trusty Plantronics Voyager 510 headset.

Have you ever had any close calls because you were distracted by your cell phone?

Do support restricting cell phone use while driving?

The law has finally caught up with technology here in Philadelphia. Starting today, December 1, 2009, it’s illegal to operate a car, bicycle, or skate board while using a cell phone unless it’s hands-free. The Philadelphia law makes using a handheld phone while driving a “primary offense,” meaning police can pull over and ticket a driver for that offense. The first offense will cost offenders $75.

If your like me and still haven’t picked up a Bluetooth headset for your cell phone it might just be time to do so. There are a number of municipalities and states with laws that govern cell phone use while driving, not to mention it just might save a life.

There are several reviews around the net that cover a large number of bluetooth headsets. You can find multiple reviews at CNET, and again at CNET. I would recommend you also look at Plantronics and Jawbone. I currently use a Plantronics Voyager 510 in the office connected to a Nortel 1140e.